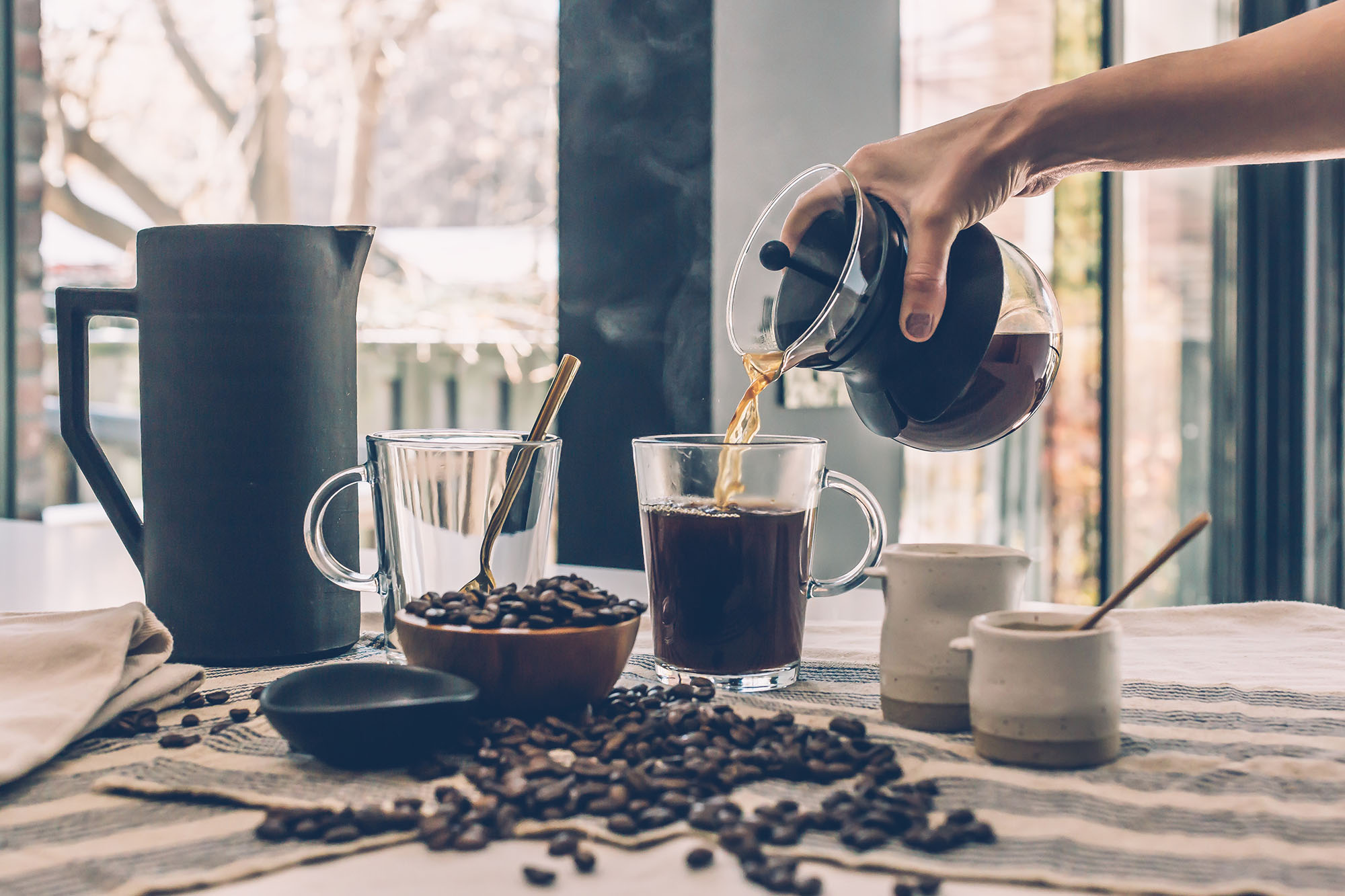 Caffeine in Cycling – The Queen of Supplementation

By Coach DamianMarch 14No Comments

Everything You Should Know About Caffeine

1. What is caffeine?
2. Effects of caffeine
3. Studies of effectiveness of caffeine
4. How to get caffeine into your training?

Caffeine is an organic chemical compound – purine alkaloid. Natural sources of caffeine include: green tea, yerba mate, coffee, guarana. There is a dump of supplements containing extracts from the above-mentioned plants or synthetic versions of caffeine on the market.

Caffeine is a substance commonly used in everyday life. It is estimated that about 2.25 billion cups of coffee are drunk every day. It is also worth mentioning the increasingly frequent use of energy drinks or carbonated drinks – Coca Cola, Pepsi – so common in everyday life.

You say, “I have to wake up”, you think, coffee! The effect of caffeine is known to everyone in a cursory way. But the effect on the body is more complex than it seems.

Caffeine acts by blocking adenosine receptors in the brain. Caffeine competes for the receptors with ADP (adenosine diphosphate). The ADP molecule is both a product and a substrate in the energy generation process. If we connect one atom of phosphorus, we obtain the famous energy molecule in sports – ATP.

Returning to caffeine, the adenosine receptors combine with both caffeine and ADP. If they combine with two types of molecules, will their response be the same in both cases?

If we already know on what principle caffeine starts its action in the brain, then the next question is – what other action can be felt apart from stimulation and increased endurance?

Caffeine is relatively quickly metabolized from the digestive system. Usually after just a few minutes we can feel the beginning of its action. For this reason, there are many forms of caffeine, and supplementation companies are racing to see who the supplement will start working the fastest (I will write about the forms of caffeine administration in the following paragraphs). The highest concentration is reached after 45-90 minutes and here the question depends on individual metabolism possibilities. The effect of caffeine is still felt 3.5-5 hours after consumption. This is the so-called half-life of caffeine.

Caffeine was even included in the list of substances banned by the International Olympic Committee (IOC) in 1984. This created many strange situations that had no clear grounds for excluding competitors. According to the standards, it was enough to have more than 12 mcg/ml of caffeine in a urine sample to be excluded from the competition by anti-doping control. This was in many cases highly unfair due to the fact that caffeine metabolism is a very individual issue. Some athletes may have had a few more cups of coffee and had a negative result on the anti-doping test, so that others could be excluded from the competition after just one/two cups. The metabolism of caffeine is a highly individual phenomenon that could not be controlled. In addition, the concentration of caffeine in coffee beans is also a random issue. Just imagine a situation where a person with a poor caffeine metabolism finds beans very rich in this alkaloid and all the effort put into the preparation goes to waste for one cup of coffee. That is why after 20 years the World Anti Doping Agency withdrew (2004) caffeine from the list of banned substances.

3. Studies on the effectiveness of caffeine intake during physical activity

When looking at any studies on caffeine, it must be borne in mind that the test group should have the same or similar caffeine metabolism. The results of studies can be very extensive in terms of effect. It is sufficient that the study group is not defined by the classification conditions and that participants have a very varied caffeine absorption metabolism. However, the effect of intake will ALWAYS be the same – improving both performance and endurance. The only difference will be in how susceptible the test subject’s body will be to its effects, and therefore how much it will improve its performance.

However, like any medically known substance, it has its own threshold, which, when exceeded, will give side effects:

Initially, all tests were carried out in such a way that the test group consumed several cups of espresso and usually performed training on a cycloergometer until exhausted – so-called Time to Exhaustion. It was used to compare the effect of caffeine and how long it took for the test person to be unable to continue the test.

Currently, caffeine also occurs in the form of gels, bars, chewing gums, pills, energy drinks. This may improve the rate of caffeine absorption from the intestines into the blood and cheek mucosa. Even a form of mouthwash with a solution containing caffeine and carbohydrates is tested.

Nowadays, forms of caffeine administration are tested to make them work even faster. Currently, a very popular method is the supply of chewing gums with caffeine, and even oral sprays containing caffeine. The idea is to reduce the time it takes for caffeine to absorb and overcome the blood-brain
barrier through the cheek / nasal mucosa.

One of the studies on the influence of caffeine-containing chewing gum and additionally the administration of beetroot juice to the study group.

The subjects were divided and caffeine in the amount of 3mg / kg of body weight or placebo gum was administered.

The test was also carried out using beetroot juice and beet juice + caffeine.

The results of the test in men and women were similar. The administration of caffeine and caffeine + beetroot juice improved sports performance by 3-4% compared to placebo.

Over the years we can expect a number of similar studies involving just the above mentioned mouth sprays. So far, there is no clear evidence that the aerosols significantly accelerate caffeine absorption, and there is a very high risk of overdosing.

4. How to get caffeine into your training?

When it comes to the dosage of caffeine, this is a highly individual issue. The recommended dosage by IOC is 3-6mg / kg body weight. The best solution is to start supplementation during training! Starting the supplementation from the lower forks of 3mg seems to be the most rational method. With each subsequent workout you can slowly increase the dose. It should be remembered that if we want to predict as much as possible the behavior of our body on the day of the competition (for a given dose of caffeine) we have to test it during training with the greatest similarity to the route and time of the race. It is not recommended under any circumstances to take caffeine for the first time during the competition – then the risk of stomach and intestinal problems increases.

The Best Breakfast Before Workout

Guide on What to Eat Before and During 100-Mile Race